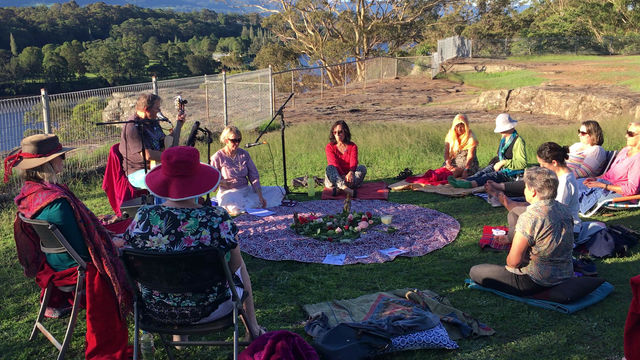 We Sing The Water Song

Arriving at PONDICHERRY was a shock. The noise, the traffic but more so the focus on commercialisation. Unlike at Peedam where light shone through from every being, we had to adjust to not being with Amma in her ashram and village. The first day we all felt some grief at this separation.

Pondicherry didn't seem very French on our first evening walk to the French side or 'white town' as the Indians refer to it as. But we found the beach. Cool wind blew onto our sweaty bodies. And this is winter. We were disappointed that the advertised 'La Cafe' was Indian. However the following day we realised this was a borrowed identity. After two weeks of Indian food we were looking forward to some variety and found it at the French bakery. As soon as we walked across the canal marking the division between the Indian and French sections, there was a noticeable drop in noise. Like folding an umbrella after rain, we folded the flaps over our ears. Ah less traffic, less people, less commercialisation. Tree lined avenues. A wide promenade at the beach front with road closure for the evening stroll. Most of the French colonial buildings in this area were Government.

Tired dogs lay in the sand. The full moon reflected on the ocean and waves crashed on the rock retaining wall. Open space. Space to breath, fresh air from the ocean, time to relax, meet friends or just gaze at the moon seemed to be the order of the day.

Pondicherry did become a relaxing transition between temple life and travelling.